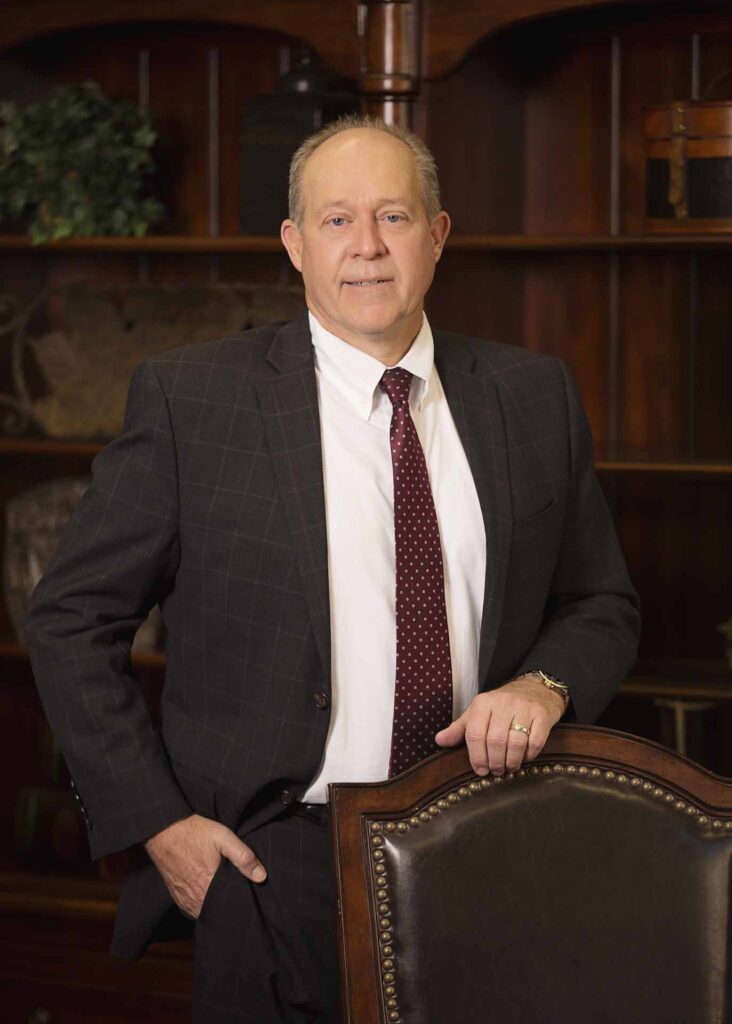 G. Lance Nalder has nearly 30 years of litigation experience. He was born in Idaho Falls, Idaho in 1956, graduating from Shelley High School in 1975. Lance attended Brigham Young University until May 1976 when he interrupted his education for two years to serve as a missionary in West Germany. He resumed his education at Brigham Young University in 1978, was appointed as the University Ombudsman, and graduated with honors in 1982 with a degree in Business Management/Finance.

Lance attended law school at the University of Idaho from 1982 to 1985, where he was a member of the Idaho Law Review. He graduated with honors in 1985.

Lance was an associate with the Idaho Falls law firm of Holden, Kidwell, Hahn & Crapo from 1985 to 1990 as a litigation attorney practicing in the areas of personal injury, worker’s compensation and domestic relations. In 1990, Lance was a founding partner of the Thomsen Stephens law firm where he focused his practice on litigation and trial work. In 2004, Lance established his own law firm, Nalder Law Office, PC, to provide litigation services in all legal practice areas.

In 2018, Nalder Law became Nalder & Blake, PLLC with the addition of Lane Blake as a partner. Whether you are in need of a personal injury attorney, divorce lawyer or workman’s comp attorney representation, our legal team is here to help you.

Lance is an active member of the Idaho State Bar Association and Idaho Trial Lawyers Association. From 2009 through 2014, The National Trial Lawyer’s Association named G. Lance Nalder as one of its Top 100 Trial Lawyers. He is also listed in the Legal Network’s 2013 and 2014 Top Lawyers In Idaho. Lance has recently been named by The American Society of Legal Advocates as one of the 2015 Top 100 Litigation Lawyers in the State of Idaho, and by the National Academy of Personal Injury Attorneys as one of the 2015 Top 10 Personal Injury Attorneys in Idaho.