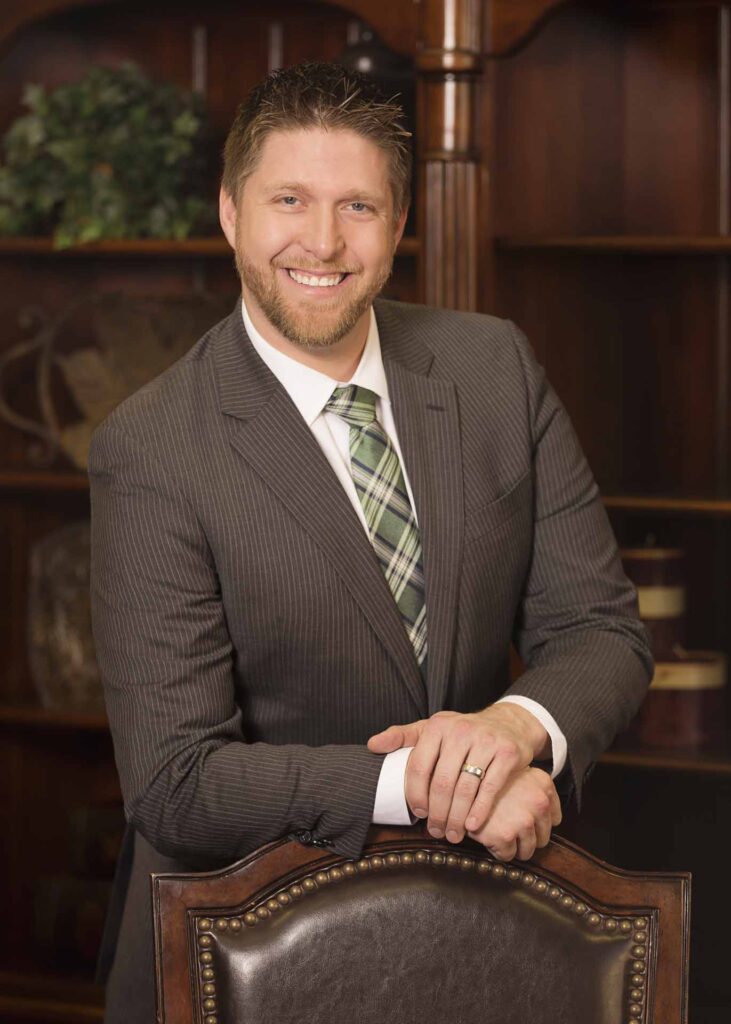 In 2011, Lane moved from Cincinnati back to Idaho Falls and joined Nalder Law Office, P.C. as an Associate Attorney. Lane’s practice areas include personal injury, worker’s compensation, domestic relations and criminal defense. He is an active member of the American Bar Association and the Idaho State Bar Association. Lane A. Blake was recently named by the National Academy of Personal Injury Attorneys as a 2015 Top 10 Under 40 personal injury attorney for the State of Idaho and was named by The National Trial Lawyer’s Association as a Top 40 Under 40 trial attorney practicing in civil plaintiff litigation in Idaho.

In 2018 Lane became a partner with Nalder & Blake, PLLC, and continues to provide expert legal service to Eastern Idaho.

In his free time, Lane enjoys time with his family, cycling, playing golf, traveling, and any activity that allows him to be outdoors.